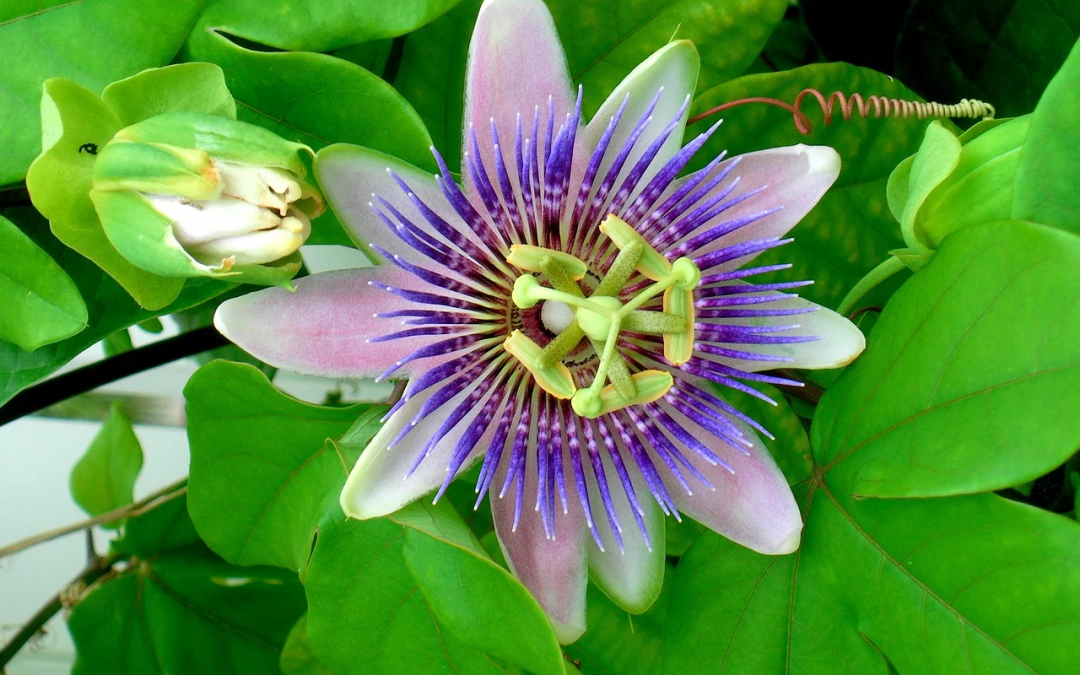 Nootropics, colloquially known as “smart drugs,” are supplements that are meant to improve cognitive performance. These smart drugs, which include nootropics for anxiety, are a rising trend in the supplement industry. Consumers want to experience more than optimal health and physical fitness, they want to experience optimal performance in all areas.

Whether you’re a supplement manufacturer in formulating these products, or you’re a consumer interested in giving them a try, these nootropics for anxiety are worth learning about.

The demand for nootropics for anxiety

Anxiety disorders are mental health disorders that are characterized by feelings of worry, anxiety, or fear that (a) rarely subside and (b) are strong enough to interfere with one’s daily activities. In addition to negatively impacting health, anxiety often leads to cognitive impairment, difficulty concentration, and difficulties with working memory.

Anxiety disorders represent the most common mental illnesses in the U.S. Each year, anxiety disorders affect about 40 million adults or 18.1% of the adult population. [1]

The statistics are even more astounding for teens. According to the National Institute of Mental Health (NIMH), an estimated 31.9% of adolescents have some kind of anxiety disorder. [2] And, according to the American Test Anxieties Association (AMTAA), about 16 – 20% of students have high test anxiety, making this, according to the AMTAA “the most prevalent scholastic impairment in our schools today.” [3]

Only 36.9% of people suffering from anxiety are receiving medical treatment for their anxiety. [4] There are a couple of reasons for such low numbers. Many people avoid medical treatment because of the stigma attached to mental illness. Others avoid treatment because many prescription anxiety medications come with unwanted side-effects such as drowsiness and fatigue. Not to mention, many anxiety medications are addictive.

L-theanine is a natural amino acid found most commonly in tea leaves, that is, leaves that come from the Camellia Sinensis plant. All teas (including white tea, green tea, oolong tea, and black tea) contain some amount of L-theanine.

In recent years, researchers have found that L-theanine not only reduces stress and promotes relaxation but that it does so without producing drowsiness.

In a 2019 study, 30 middle-aged individuals were split into two groups (a placebo group and a group that was administered 200mg of L-theanine daily). After four weeks, researchers found that stress-related symptoms (including symptoms of general anxiety and depression) significantly improved for the group that was administered L-theanine. They also found that sleep improved for the group taking L-theanine – another indication of stress-reduction.

Furthermore, participants in this study did not report drowsiness. On the contrary, cognitive functions, verbal fluency, and executive function scores improved for the group taking L-theanine. [5]

In another slightly older study from 2016, researchers tested the effects of L-theanine on subjects met with a stressful task. Thirty-four healthy adults aged 18–40 participated in the study. Researchers found that participants who drank an L-theanine drink an hour before the difficult task rated themselves as less stressed during the task. [6]

All of the above makes L-theanine one of the most interesting ingredients for nootropics for anxiety. 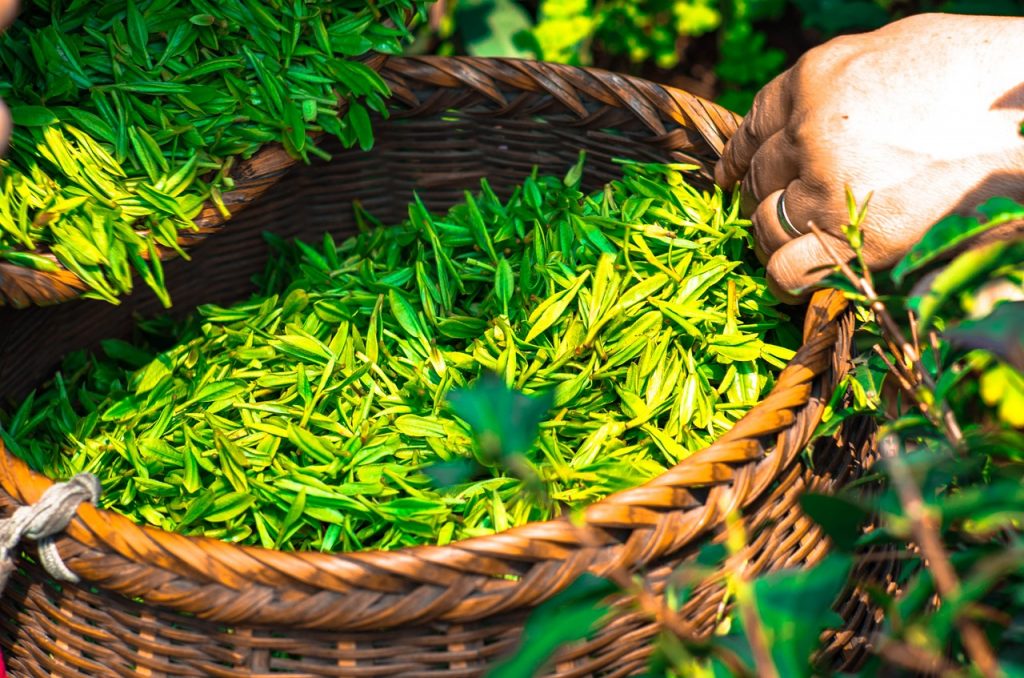 Rhodiola Rosea (commonly known as golden root or roseroot) is a flowering plant in the Crassulaceae family that grows naturally in wild Arctic regions of Europe (including Britain), Asia, and North America. The plant has been used to treat anxiety and depression for thousands of years.

In 2012, researchers tested the effects of Rhodiola Rosea in 101 participants with stress-related symptoms. The participants were given 200 mg of the supplement twice a day for four weeks. The researchers found that the supplement significantly reduced stress and improved cognitive function. They also reported that improvements were observed even after just 3 days of treatment with continuing improvements after 1 and 4 weeks. [12]

In another study from 2017, researchers set out to test the effects of Rhodiola Rosea on symptoms of burnout, including feelings of energy depletion or exhaustion, feelings of negativism or cynicism related to one’s job, and reduced professional efficacy, just to name a few. The study examined a total of 118 participants who were given a daily dose of 400 mg Rhodiola Rosea over 12 weeks. They found that the supplement improved several symptoms of burnout after just 1 week of treatment and that symptoms continued to improve until the end of the study. [13]

If you’re thinking about taking Rhodiola Rosea to reduce anxiety, make sure they contain a standardized amount of 3% rosavins and 1% salidrosides, as these are the correct, naturally occurring proportions of these compounds in the plant. 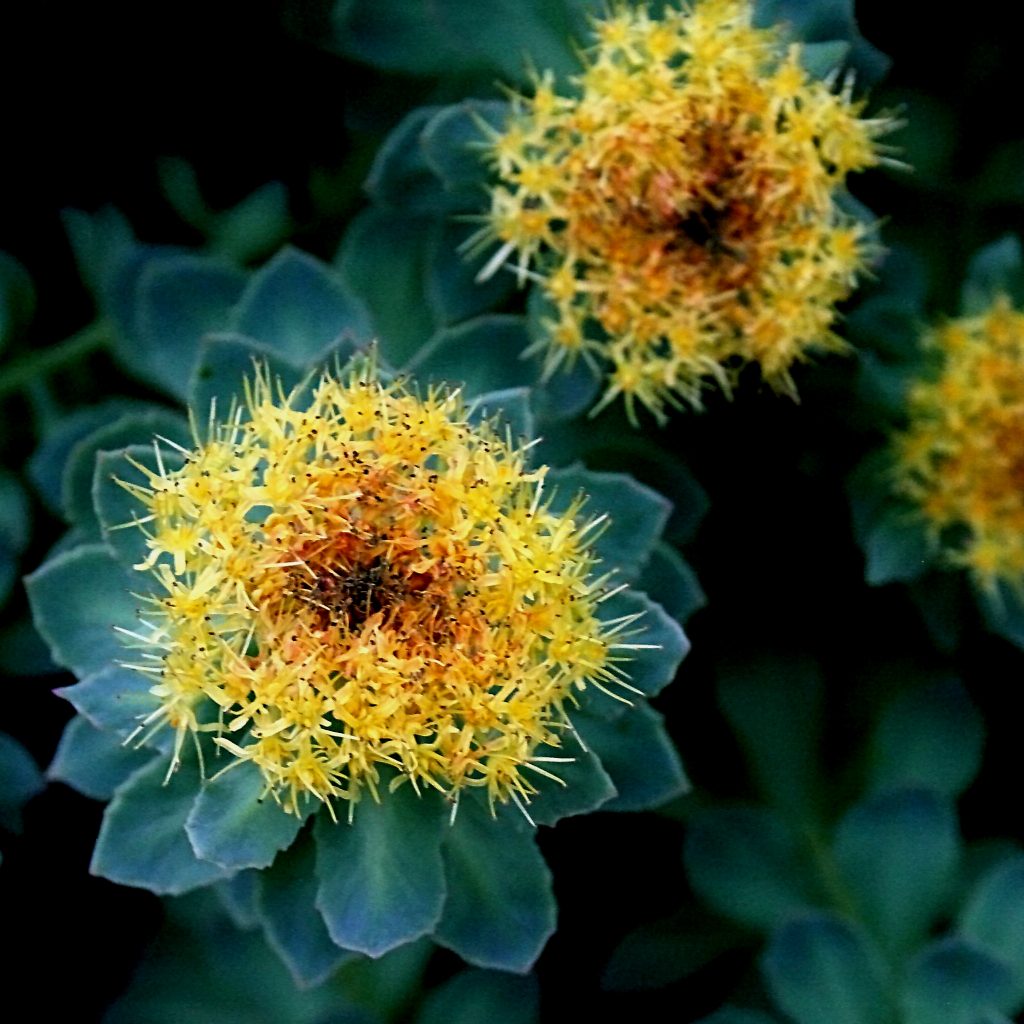 Because Tyrosine is involved in the production of hormones and chemicals related to pleasure and stress, Tyrosine nootropics for anxiety may be able to improve performance in high-stress situations. The idea is that Tyrosine prepares the body to deal with the stress while, at the same time, making “dealing with the stress” feel a bit more pleasurable.

Stress can greatly impact cognitive function, including working memory. In a 2013 study involving 22 women from Leiden University in the Netherlands, researchers found that Tyrosine significantly improved working memory during a mentally demanding task. [17]

Furthermore, in a 2015 literature review involving 14 studies regarding the effects of Tyrosine, researchers concluded that, based on previous research, the supplement could be recommended to enhance mental performance under cognitive stress. [18]

Tyrosine could be a powerful ingredient to combat test anxiety. While Tyrosine is generally considered safe, it can produce some rare but serious side effects. If you’re thinking about adding Tyrosine to your line of nootropics for anxiety, make sure to research these side effects and make them clear. 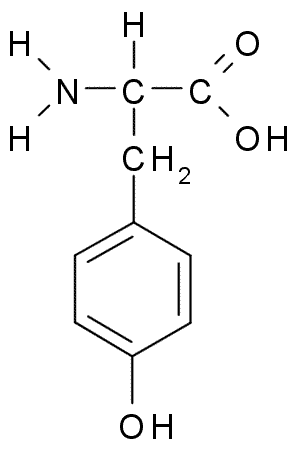 Ashwagandha is the name of a small evergreen tree that grows in India, the Middle East, and parts of Africa. People have been using this tree to heal their ailments, including stress and anxiety, for centuries.

In the year 2000, research regarding Ashwagandha compared the effects of the supplement to the effects of Lorazepam – a powerful benzodiazepine which acts on the brain and nerves to reduce anxiety. [19]

In another study from 2012, researchers investigated the effects of Ashwagandha in 64 subjects with a history of chronic stress. The participants were given 300 mg of an extract from the root of the Ashwagandha plant two times a day for 60 days and were instructed to fill out a stress-assessment questionnaire before and after the 60 day period. Researchers found that Ashwagandha treatment significantly reduced the stress of the subjects in the study. [20]

More recent research from 2019 indicates that Ashwagandha can actually reduce cortisol levels. Cortisol is also known as the stress hormone. In the 2019 study, sixty adults were randomly allocated to take either a placebo or 240 mg of a standardized ashwagandha extract (Shoden) once daily. After 60 days, the researchers reported a significant reduction in morning cortisol for the group taking the ashwagandha supplement. [21] 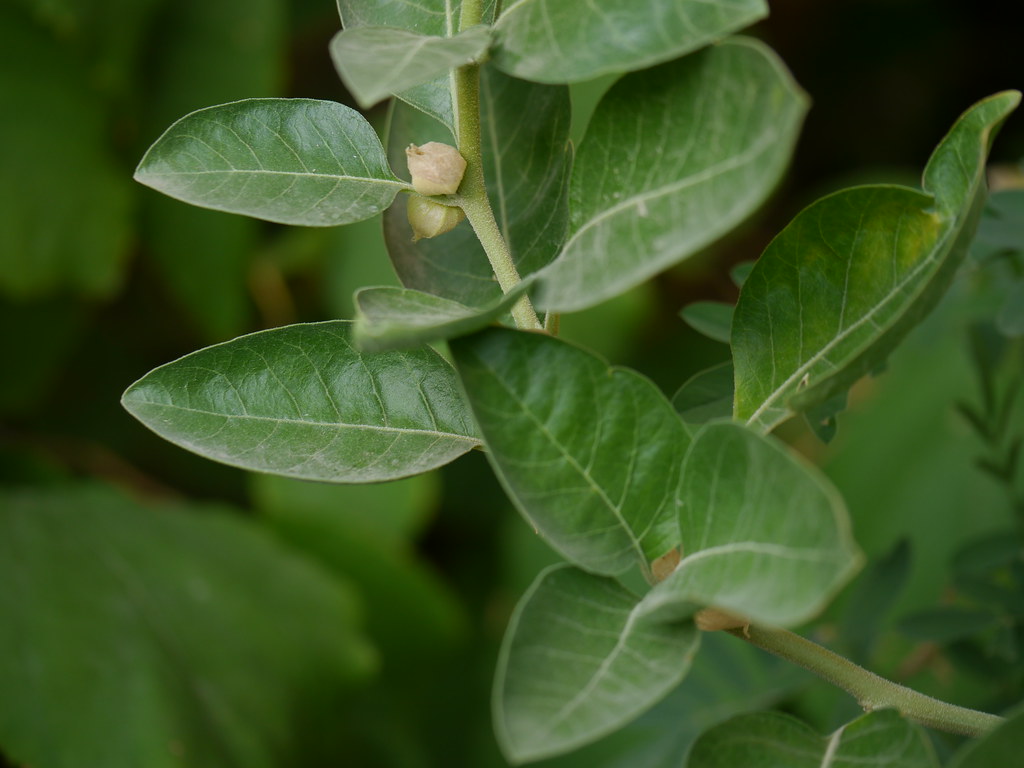 5. Passionflower to quiet the mind with a sedative effect

Passionflower, also called Passiflora, is a family of plants containing over 500 species. Passiflora incarnata is the specific species of Passionflower that is often used to treat anxiety and insomnia.

Passiflora incarnata is thought to work by boosting the level of gamma-aminobutyric acid (GABA) in the brain. GABA is a naturally occurring amino acid that also works as an inhibitory neurotransmitter. That is, GABA blocks certain brain signals and decreases activity in the central nervous system, ultimately slowing down the brain. Simply put, Passionflower increases GABA, and GABA calms the mind. That being said, more research is required to prove that Passionflower really does affect GABA. For now, it’s just a theory, but the theory does have some support…

In one study, performed on 36 patients with Generalized Anxiety Disorder (GAD), researchers concluded that Passiflora extract and oxazepam (a common benzodiazepine to treat anxiety) were equally effective at treating anxiety, although the effects of oxazepam were noticed more quickly. Notably, they also concluded that job impairment was less likely with Passiflora incarnata than with oxazepam. [26]

In another literature review form 2017, researchers concluded that the studies involved “were able to demonstrate a positive treatment effect of Passiflora incarnata L. leaf extracts and is good evidence of its sedative effect in anxiety and nervousness.” [27]

Lemon balm, also known as Melissa officinalis, is a lemon-scented herb that comes from the mint family. The herb is native to Europe, North Africa, and West Asia but is currently grown all around the world. Lemon balm is sometimes called the “bringer of gladness” for its ability to reduce anxiety and improve mood.

Researchers are not sure exactly how Lemon balm works to improve anxiety but think it works similarly to the way Passionflower works: by boosting levels of GABA and, therefore, calming the mind. [28]

In one early study from 2004, researchers found that 600 mg of Lemon balm decreased laboratory-induced psychological stress and increased self-ratings of calmness. Such a high dosage, however, also led to reduced self-ratings of alertness. [29]

In another more recent study for 2014, researchers tested the effect of lemon balm on mood and cognitive function when administered through food (beverages and yogurt). They concluded that “both active lemon balm treatments were generally associated with improvements in mood and/or cognitive performance.” They did, however, admit to some behavioral “costs.” [30]

In conclusion, lemon balm may be a nootropic for anxiety when issued in low doses and when combined with other supplements. Higher doses of Lemon balm, on the other hand, may cause drowsiness, which means Lemon balm may also be an effective treatment for anxiety-related insomnia. 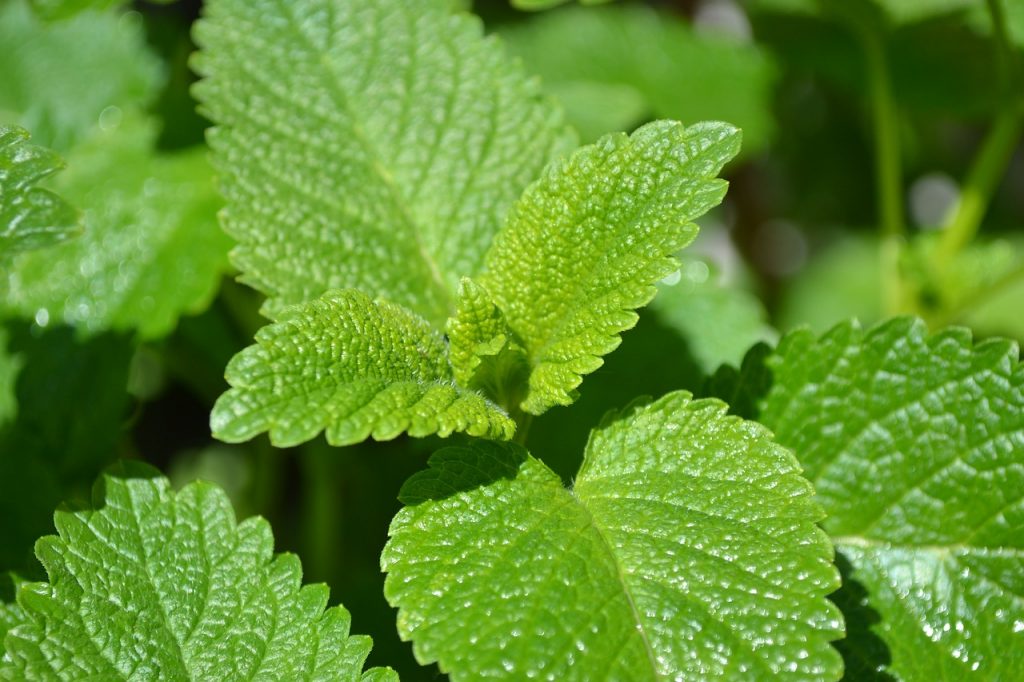 Anxiety disorders represent the most common mental illnesses in the U.S. Because anxiety medications also come with harmful side effects, many people who suffer from anxiety are turning to natural nootropics for anxiety to lessen their symptoms.

According to recent research, some of the most effective nootropics for anxiety include:

Quality ingredients can be the difference between creating an effective and popular dietary supplement formula and creating a formula that falls short of expectations.

Ask Generation Nutra what we can do for you.